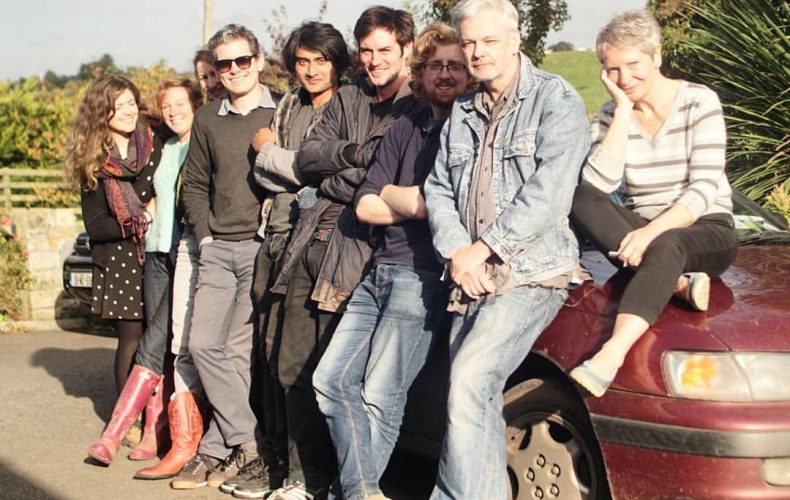 Movies are exciting. There’s that childlike frisson of excitement when you are walking up the stairs of the cinema, towards a new adventure on the big screen, balancing a bag of jellies, a bucket of popcorn and the ticket you’re double-checking to see what room it’s in.

And then there’s that different excitement an actor has when you’ve been cast in a film – and it doesn’t have to be a blockbuster, it can be a threadbare indie film, you still get that same buzz of anticipation at the chance to play in front of the camera, to tell this story as realistically as possible, your moment to perform under the lights like Newman and Hepburn and De Niro. And yes, you know that 90% of film acting is hanging around. Waiting while the mechanical cogs are put in place to record your next scene – the tentacles of wires, the trundling of lights, the mysterious lenses. Trying to be pleasant even though you’re impatient, trying to maintain your energy but not burn it all up, trying not to eat another muffin. Bursting inside with the character and the lines and the scenario. “They pay me to wait around – I do the acting for free,” as Burt Lancaster said. But even knowing this, you’re still buzzing and bouncing when you get brought in to work on a film, because no matter the size of the it, no matter the wet wind and the grimy set, there’s a little grain of stardust each time the camera rolls and you hear “Action” and you get to act.

But funnily enough, after shooting is done, often what we remember most are all the things that happened around the filming. Not so much the work — what I did on a certain take of a certain shot, how I played a certain moment, how my scene partner delivered a look. But more the miscellaneous, the happenings, the surprises – the unexpected drama of real life that often comes with making a film. Maybe it’s something about filming that is trying to harness the real world, twist it, control it, refine it to create some make-believe place for a fictional set of events, but it’s like the world fights back, puts us in our place, likes to throw in a little mischief. Or maybe we just always underestimate how complex a thing making any film is (no matter the planning, every director seems shattered by the end of a shoot.) Either way, filming always seems to be a bit of an adventure, a hidden minefield of explosions of chaos and challenge.

In particular right now, I am remembering our shoot for “The Long Wet Grass,” the short film my wife Anna Nugent and the writer Seamus Scanlon boldly and bravely produced. A labour of love, they brought it to life with grit and risk and resourcefulness. After many months and months of wrangling and development, the shooting dates suddenly came together in a gap in both the director Justin and the cinematographer Lakshika’s schedules, and suddenly we were driving to the depths of Mayo to film. And while the shoot produced a beautiful, powerful, award-winning film, what I remember most are the striking little memories.

I remember driving an ancient big car at dawn, in the pitch-black country dark before the sun came up, down winding roads – with no headlights on, craning desperately to follow the vague white lines, with the DP leaning over my shoulder taking up most of my view of the windscreen. Turning the huge wheel, without power steering, to guide the heavy mule of the car around the curves and bends, no sound but the shake of trees as we passed them and the old-man growl of the engine.

I remember the horror and pride of watching my wife jump between mushy pools of frigid water in her bare feet, a thin grey tracksuit the only thing between her and the knife-like wind.

I remember the astonishing bliss of arriving back at our home base for lunch. The day before we had sat sadly in the back room of a dreary pub, dead-to-the-world, eating triangular ham sandwiches that felt like foam and rubber, our much-needed enthusiasm for the coming afternoon’s work draining away by the bite. Then the next day a half-heard rumour that a Frenchman who lived locally was going to cook us lunch … and we arrived back to a feast. Warm, crusty home-made bread in thick slabs and piping hot mellow vegetable soup, followed by a succulent roast joint and bowls piled high with steaming greens, then a fresh-baked cake and coffee to finish. A Michelin-star three-course meal around the long dining table of a rural Mayo house, provided by a nonchalant, easy-moving Frenchman with the small smile of the deeply skilled. When it turned out to be a daily occurrence, we approached the final shots of each morning with fortitude (and licked lips).

I remember standing in the revealing glare of a big Tesco’s trying to find something that could be period-appropriate costume for the next morning’s shoot, the minutes ticking away before they closed for the night, our costume designer having deserted us that evening by text.

I remember completing shooting in a town hall, and the locals utterly disinterested in us, impatiently waiting in their cowboy boots and spangled shirts before transforming the room for a visiting country music act. Waiting for the glamour to come.

I remember the boy playing the child version of me, running around a sunny meadow in the afternoon, in a white t-shirt scaring a herd of sheep.

I remember late night emergency talks when our sole shooting location, a unique untouched lakeside spot on private farmland, was to be taken away from us; surly neighbouring farmers suddenly having a surge of petty destructiveness and saying there’d be trouble if we tried to reach our location via their farmyard the next day – the only route to the location. The crew standing around the dining room, talking quietly, as if even that might risk discovery. A genuine sense of danger – and a protectiveness for our team, a growing feeling from the producers that it was unfair to ask the crew to risk being attacked, especially when they were all working for an ultra-low budget. An absolute feeling that maybe it was time to abandon the film, that it wasn’t worth what could happen. Giving everyone a chance to not turn up the next day – and every single person saying, “They’re not scaring me off, let’s shoot, let’s do it,” and the girls quicker than the men to say it. A surge of inspiration, a sudden spread of rigour in everyone’s limbs, determination fueled by temper and a glare in our eyes as we went to bed. And then slowly driving through that farmyard in the dawn, your eyes snapping around the barn, the tractor, the farmhouse for signs of life, of malevolence, of ambush; the crunch of gravel and dirt under the wheels sounding like thunder; sweaty hands secretly tightly clutching light poles and fake guns; opening the red gate, its squeal like a tortured look-out; looking back, looking back – and nothing but a silent weekday morning down a muddy lane. And then running into the farmer whose land we were filming on, previously red-cheeked and genial, now withdrawn and brow-creased, clearly not speaking things that been spoken to him. But letting us pass – only with a warning that the bull would be loose on the land today, and that it would charge if it saw us. A gulp in our throats, driving down the steep hill to the lakeside … but then nothing. Just openness, nature, green; the tall reeds, the rushing water of the stream, the bigness of the lake. Starting to film, then glancing around after each “Cut” – but no big-horned grumpy bull. Then the sun cracked out from the clouds. After that it seemed easy – but hard-won easy.

Sometimes the film in your head of the shoot, that recollection, is even more palpable than the edited film we were all there for. But it’s only memory, a film for one, and that’s why we make movies, to capture and share one of those stories.