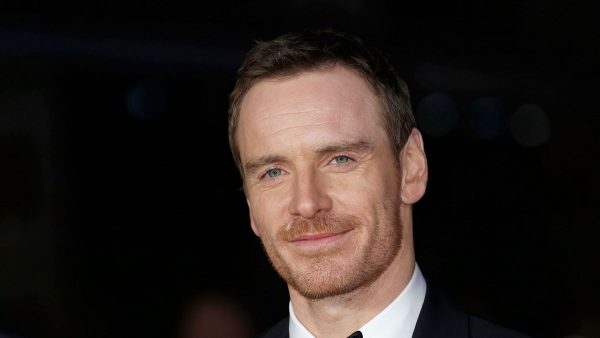 What Would Mick Do? Or How I’m Inspired by Michael Fassbender

On rare occasions, a new actor appears on our screens that makes me jump up with excitement, stunned by their depth, range, humility to the role and story, and a certain bold confident creativity that is being released and shared. For me, it’s happened maybe three times in the last fifteen or so years. Around 2000, I was thunderstruck by the vigour and growling fierceness, tied with vulnerability, of Russell Crowe, while in the last couple of years, I’ve been just knocked out by the dignified, fearless and thoughtful range of Oscar Isaac. Between those two came through the guy I want to talk about today, who I just think is outstanding. And as a lovely bonus, he’s an Irishman too: the mighty Michael Fassbender.

This man is a proper, serious, ballsy, dedicated, smart, talented actor who shines a genuine beacon of light of interesting, engaging performances.

I adore his bold choices of craft – being a Kerryman with a German background, there aren’t that many parts for Kerrymen with German qualities in the movies, so Fassbender naturally always has to choose a new accent. But not only that, I always feel he chooses a new voice. A quality of tone, phrasing, pacing, that breathes the substance of the character, that has been created by imagination, inspiration and choice. The spiffy over-confident soldier Archie Hicox from Inglourious Basterds is very different from the diffident Peter-O’Toole-inspired robot of Prometheus, though both would be seen as posh English accents. I love how he brings new qualities to how he walks with each role – there is an understanding of genre and archetype that come through. And yet with that, this is not a man made hollow with technique – always there is tremendous depth of emotion in his eyes, thought-through truth, honestly-imaged pains and fears and doubts. I flash to a scene in X-Men: First Class where as Magneto he is challenged to move a far-away giant satellite dish with his powers. As he did it, Fassbender could have chosen to grimace or pout, but no: I remember being truly struck with the heart-rending, tear-inducing agony that was in his heart as he did it. Not too many actors make that kind of choice in a popcorn superhero movie. To everything he does, Fassbender brings a respectful seriousness, passionate work, never disdain. Yet always a sense of play.

Outside of films, I love how he talks about the script being everything. Much more important than burrowing into endless tunnels of research and body-manipulation, is reading and re-reading and re-re-reading the script, knowing the lines and every beat of subtext and thought that fills those white spaces between the lines, understanding the story deeply and the arc of character you are playing and your part in the overall tale. He talks about reading the script a hundred times, and the longer I work as an actor, the more I think that is the most important homework. Know the lines so well that they are your friend, your inspiration, that you have asked them many questions that have sprung forth so much colour and imagination, filling out the blank canvas of the role with truth and specificity and original responses.

His range is astonishing and wonderful. The raw, haggard iron-will of Bobby Sands in Hunger (his across-a-table scenes in that with Liam Cunningham are worth watching on their own). His effortless carriage of period roles, whether a Roman centurion (I love my ancient Greek and Roman dramas and not everyone can carry it off) or a glowering Rochester full of long-bred arrogance and stricken history opposite Mia Wasikowska’s Jane Eyre. His willingness to dig dangerously deep into the dark soul of a character, bringing a crucial level of unbending power-need to slave-owner Edwin Epps in Twelve Years a Slave – to bring out honest disgust yet also understanding in the audience. To somehow be utterly fascinating for a whole movie where your head is covered by a paper mache mask, as Frank Sidebottom in Frank. Being utterly spellbinding arguing about computers (zzz), with a razor-sharp understanding of the shape of Aaron Sorkin’s scene-writing as Steve Jobs. He can play cowboys (Slow West) or intellectual geniuses like Carl Jung or do Shakespeare as the prince in the Scottish play.

In short, the man is a master storyteller – who always makes it not about him, but about the story, with all his skills and dedication. So I’m always excited to see him in whatever he’s chosen to do next. (Let’s see, next up, he plays an outlaw traveller opposite Brendan Gleeson in Trespass Against Us, plays an Australian lighthouse keeper who makes a heartbreaking choice in an adaptation of The Light Between Oceans, a novel I really liked, and he’s in Terrence Mallick’s new film. God, he’s bloody good at picking his projects too.)

Throw in his unmatched bravery (that is one man utterly unfazed about nudity). Add a lovely humility, how he always carries himself in interviews as a good sport willing to answer the lamest of questions or do some silly bit; how he is always generous with sharing credit or discussing his process on a project; and how he never steps aside from his pride and roots in his Irishness, his Germanness, his Kerryness. He’s just the business.

We’re pretty much the same age, we’re both Irishmen, both actors, we both love story. We’re practically the same. (Okay, he could be my cool cousin, maybe?) Basically, when it comes to film-acting, if I can be a little more like Fassbender each time, I’ll be doing pretty darn well. Keep up the good work, Mick, and flying the flag with such distinction – I’ll certainly be watching.