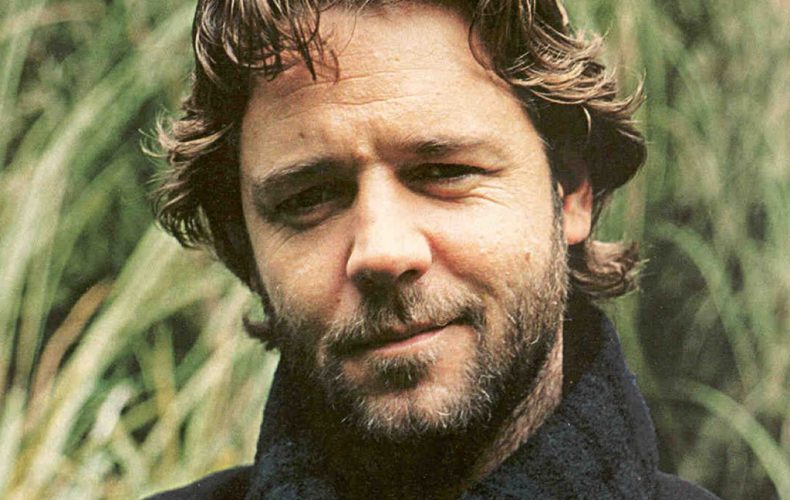 There is only one movie star currently working who I will watch in any movie just because he is in it, and that is Russell Crowe. But a lot of people seem to be kind of down on him, I think maybe because he’s a bit of a prickly pear in real life, a bit of a bear with a sore head in the china shop of celebrity. Having never met the man, I have no idea what he is like in real life, but I think he’s a terrific actor, who makes strong transformative choices, is willing to be unlikeable as a character, and is an extremely smart and generous storyteller.

The obsession with Russell Crowe started for me in drama school. It was 1999 and there were many long-into-the-night, very earnest, Guinness-inspired discussions in the pub on Friday evenings, about theatre, acting, plays, technique, storytelling, movies and actors. For the dedicated and determined young actors in our little circle, a young rising Australian actor became our secret idol. Well, he wasn’t that young, he was 35 by then, had had his breakthrough movie in 1992 and had already been in Hollywood since 1995, but to us, he was new, serious, ballsy, no-nonsense, fully engaged, grumpily integrous, under-the-radar, and the man we wanted to be like. We passed around VHS copies of his snarling explosion in Romper Stomper and his gentle performance in The Sum of Us, but most of all we reveled in his simmering but soft-hearted role as Bud White in a movie we all adored, L.A. Confidential, perfectly packed with a range of performances tight-wrapped in machismo, style and noir soul-searching, that a pack of 23 year old actors who saw themselves as men’s men couldn’t resist. Around the table, we quickly determined he was exactly the right man to play Wolverine in the new X-Men movie and were quite annoyed when he wasn’t.

Then the golden run of Russell Crowe began for us. The Insider came out and word quickly spread among us of Crowe’s slow-burn tortured performance as a deeply troubled chemist taking on Big Tobacco. Proof: look, this man is a proper actor. For his next film in 2000, we didn’t wait – as a group, we went to the cinema to see him in his next movie, even though it was probably a piece of historical hokum. Wrong: he was seething and brilliant as an action star in Gladiator, as at ease with speeches in his burnished RP as with sweaty fights in the arena. We even loved how he wept, unpretty and real with snot running from his nose as he grieved his murdered family. The corridors of the Gaiety School of Acting echoed with growls of “Are you not entertained?” By the time he was winning an Oscar for quirky genius in A Beautiful Mind, we were sooooo, “I told you so.”

In the years since I left drama school and that Academy Award, it seems like Crowe became someone Hollywood didn’t like but needed. And it’s funny how clearly I can remember where I was when I saw his films in the following years. Walking the length of Letterkenny, a small town in Donegal in the north-west of Ireland, on a brisk winter weeknight, to get from my digs (I was acting in my first play away from Dublin, a children’s show of The Little Mermaid) to the cinema at the end of town, and reveling in Crowe’s elegant and involving leadership in Master and Commander. Being in Savoy 1, my favourite cinema screen in Dublin, shortly before moving to America, so wrapped up in Cinderella Man that I was throwing little punches like a boxing coach. Watching Body of Lies on a couch in Rancho Cucamonga, California, late in the evening after putting our friend’s kids to bed.

I feel like I spend much of my time seeing Russ being outstanding in a movie, and then arguing with people who seem non-plussed. I thought he was an excellent Robin Hood, noble, scarred, funny. Sure, he’s not a Broadway belter, but I felt he was a moving and powerful Javert in Les Miserables, with a truthful and specific rock voice, and his relationship to Jackman’s Valjean providing the film with its only true edge. Watch the way he changes and turns scenes in State of Play as Cal McAffrey makes realizations and decisions – such a terrific storyteller. And 3.10 to Yuma is a smashing western, people! With Crowe and Christian Bale in great, honest, toe-to-toe interaction without any winks to the camera.

And even when his movies aren’t great, there’s always something about his performances that gives me pleasure to watch. I despised the kill-friendly, grey and wrong Man of Steel, but Crowe’s thoughtful and playful Jor-El provides all the joy and colour in the movie. A Good Year was pretty slim but I still can’t get the image of Crowe’s Max Skinner delightedly bowling a cricket ball down a French hallway out of my mind. Noah may not totally work, but Crowe brings great belly-deep believability and a crucial, brave willingness to be unlikeable to the role.

(Russ, I will say the one film of yours I couldn’t finish was The Man with the Iron Fists. Sorry, incomprehensible blingy junk not even you could save …)

Even writing this little piece, I find myself excited to go back and rewatch some of these movies – it’s been too long since I’ve seen Robin Hood, The Insider, Romper Stomper, Cinderella Man. And I just discovered he starred in a cop movie in 2009 called Tenderness that I’ve never seen, so I’m going to look for where I can see that straight away! I’m already excited to see his new films The Water Diviner and Fathers and Daughters.

So whatever you may think of Russell Crowe the man – ex Russ le Roq wannabe rock-star, grumpy unthankful troublemaker, a man who throws a TV producer up against a wall for cutting his reading of a Patrick Kavanagh poem – I quite like all these things, myself – forget that and watch the actor, the storyteller, the star. Because just as much as when I was in drama school, I get excited when I see Russell Crowe is going to be in a movie, because he always brings something interesting to the story.