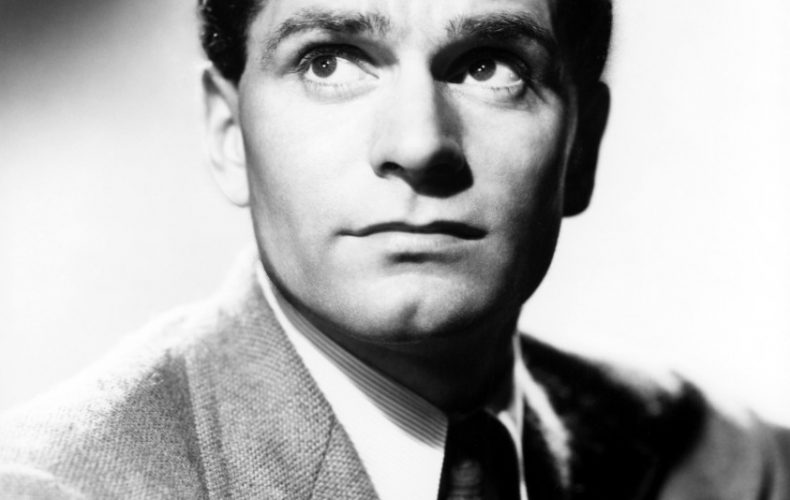 One of my greatest acting heroes is Laurence Olivier. You may ask why, considering I was too young to ever see him on-stage, and there are film stars with more acclaimed performances. But when I first started to take acting seriously, and ravenously watched performances and read books about the subject, I kept finding myself drawn to Olivier’s fierce desire to produce bold performances, to tell stories with great ambition, and to build theatres and companies. While John Gielgud, Ralph Richardson and Alec Guinness of the English knights were marvelous creative actors, they didn’t have Olivier’s ferocious leadership drive and willingness to break the rules. While Marlon Brando had immense pure talent, he doesn’t have Olivier’s keen sense for how everything fits in the story, nor Olivier’s uncynical love of the work. Richard Burton and Peter O’Toole spurned so much of their talent in wayward boozing and brainless movies. I once saw Steven Berkoff give his splendid one-man show about Shakespeare’s Villains, and loved how he described his hatred that Olivier had filmed his mighty performances as Henry V, Hamlet and Richard III, because then essentially it was impossible to better the man who Berkoff called, with pure respect, “The Colossus.” Here are some things that make Olivier such an icon and indeed role model for me. 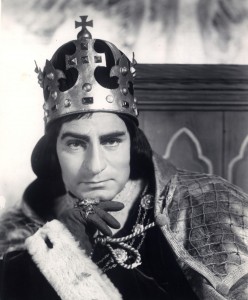 While Olivier was in some so-so films (like every film star), I have never come across a performance of his that is tepid, bland, disinterested. With every character, you feel Olivier drooling over it like a cat with a juicy mouse he’s about to chomp down on. His choices are always bold, packed with creative but specific detail, letting his intuition fly and building characters that are always so much more than an easy self-portrait. I love looking at photographs of his theatre performances – each character exudes uniqueness, specifics, bright life. On screen, we can watch his Richard III with his alluring glare and words clipped like sword strokes, his Othello with his voice lowered an octave. And it’s not all showy: his Max de Winter in Rebecca is dangerously distant, so icily cold, but that only draws us toward his revelation. Olivier was willing for his characters to be unvainly unlikeable, like the gaudy embarrassment of his Archie Rice in The Entertainer, or how his Heathcliff in Wuthering Heights blazes with unpleasant repressed rage. Or to risk making a character too broad, like his French-Canadian trapper in The 49th Parallel, with his full-on Frenchie accent, but whose hare-brained quality only gives him more pathos when he is murdered. With Olivier, you always feel he risks failure by going with what his gut tells him this character is, what picture he has dreamt up in his mind of the person, and not holding back. Is such a performance too big for today? Well, I’ll just point to a performance like Daniel Day-Lewis as Abraham Lincoln, with a created voice, face, physicality. If it’s true, it’s not too big. 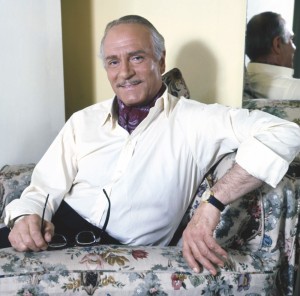 I have been lucky enough to have met a few actors who have worked with Olivier, and I’m kind of obnoxious, I always ask them loads of questions about what he was like to work with. And one of the things that I always hear is how interested he was in people, how encouraging of their talent, how much he loved to form companies, gather them around the table, hear about what was going in their lives. I just have that sense about him, that while I am sure he had exacting standards, he so loved what he did for a living, that he was hugely able to give. It’s a quality of generosity that has made me like him all the more.

His Love of the Theatre 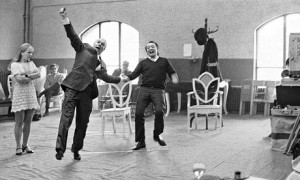 While he made a great Oscar-winning career in the movies, not just acting, but producing and directing, and indeed had an on-screen career that lasted nearly 60 years, you always felt theatre was his first love. That ultimately, while he hugely enjoyed the sparkle of Hollywood movie-making, he was always dying to get back to London and work on a play. You can see it in how he not only continued to act in the theatre until his health would no longer allow him to learn the lines and have the stamina to keep moving on the stage (and even then, his last stage performance in The Party featured him giving a twenty-minute monologue!). You can see it in how he built companies and ran theatres – the Old Vic, the St. James, the Chicester Festival and of course, how integral he was in building the National. Even his Henry V film starts in homage to the Globe theatre that created it. Is there any other actor-producer who clearly just adored the theatre as much or gave more to it? 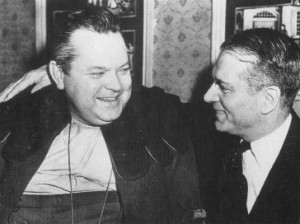 One of the things I love about Olivier is that for all his grandeur and glory, he’s really quite cheeky and clearly there’s still something of the devilish schoolboy about him. I loved how in being interviewed by Melvyn Bragg in his latter years, he discussed many aspects of his career in great detail, but when asked about the way he came up with things for specific performances, he refused to reveal his secrets! Like a magician who would never perform again, yet still refused to give away how he pulled off his most amazing tricks. In the end, there were just some elements he kept to himself, despite it making him look vain or silly, and I liked that, that spirit of magic and mystery. 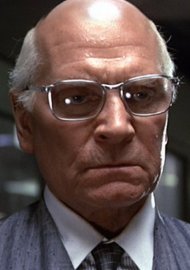 The other thing with Olivier is you never felt he was giving a performance that was out of whack with the story it was part of, but always that the choices were with an awareness of where he fitted in the full arc of the script. Some scoff at the Freudian analysis of his Hamlet, but there’s no denying how his performance fits in a misty swirl of a fever dream. And just watch his performance in Marathon Man: Olivier was quite sick at the time, and his body was tired and tense. And his character Szell for much of the movie seems quite old and compressed, which makes sense in the claustrophobic tightness of the story, of being a Nazi war criminal in hiding. But there’s a scene in the climax of the film, where Szell is trying to get away and a man grabs him, saying “I know who you are.” Suddenly, Olivier snaps out a blade from his cuff and with fierce physical power, slashes the man’s throat. It comes out of nowhere, and stuns you, but part of how it works is because of how Olivier has been shuffling fearfully down the street, and indeed through the movie, how he has always seemed to be pacing himself, maintaining his energy. It’s a simple masterclass in great storytelling. 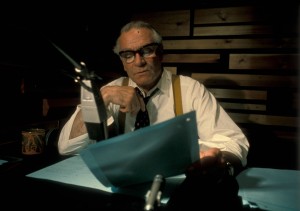 And if you want a lesson in narration, listen to Olivier on the documentary The World at War. This is no passive voice of God; Olivier brings pathos, wry wit, despair, vigour, irony, awe and questioning to how he tells the story of World War II like a friend at your table, who has been there and feels part of the mistakes that were made. There are no lines thrown away, everything is shaped so beautifully and makes this muscular documentary all the more engrossing.

I could go on and on, but to honest, I would recommend reading some of the great books about Olivier, especially Philip Ziegler’s recent Olivier. And among the documentaries about him, nothing beats Melvyn Bragg’s candid interview, Laurence Olivier: A Life.

But I guess to me, what is most crucial, is how Olivier loved being an actor, and saw no shame in it, only the glory of giving great stories to the public, and believing the theatre provides a forum to do so that is alive like nothing else. Sounds like a pretty good role model to me.