The Wonder of Theatre: From Early Experiences to Today 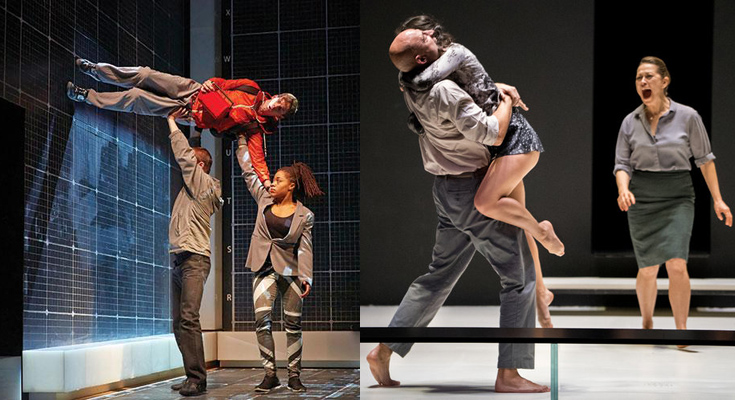 The Wonder of Theatre: From Early Experiences to Today

The theatre is full of wonders. It is magic, a good play done well on the stage. It is the alchemy of the work of creative people with the attention of an audience, in that moment alone. And it has the potential to leave its mark on us very deeply – delightfully, powerfully, movingly, terrifyingly, hopefully. Theatre may be inherently ephemeral, but it can blaze brands on our memory.

I was thinking about that recently, seeing some really good shows where at times my mouth was wide open, wowed, and how that has been a binding force through my ongoing love of theatre – that potential with a live performance to capture an audience with clear, true, imaginative and specific storytelling, to provide them with something really special, worth coming out for, and maybe just unforgettable.

I think back to the first play I can remember being brought to. My little brother and I being picked up by my aunt, the much-lauded actress Marion O’Dwyer. She had make-up on and was looking glamourously dressed-up. I remember being led by the hand, feeling like we were brought through the tall crowds of town secretly to someplace … magical. And maybe a little dangerous. It was a panto in a small theatre, and I can remember Marion giddily whispering to me and pointing out my uncle Brendan Morrissey, making his entrance to the stage … also with make-up on and looking glamourously dressed-up … as the velveted villain of the piece. I can remember my heart pounding, plenty of “he’s behind you!” classic panto interactions, and flashes of light and creeping clouds of smoke on stage (I am still a sucker for dry ice in a play). I was immediately struck that this was wonder-full.

The next playgoing experience I can remember was being brought to a musical at the Olympia, I think it was Blood Brothers. I don’t remember much of the story, though I seem to recall tragedy, but what is ultra-clear in my mind was how they were able to put a full street on the stage, and my amazement that this whole gorgeous, regal building was here for the sole purpose of seeing shows.

I can remember the thrill as a schoolboy, when my English teacher Brian Gallagher asked if any of our class would like to take a voluntary trip to see a play in town. A little group of us did, and there was the delicious buzz of being a gang of young lads marching down the dusky streets, on our way to see a play. It was at the now sadly-defunct Eblana theatre, a tiny black box underneath Dublin’s bus station, grottily glamourous, and the perfect place to see a play which featured nuns putting a plasticine penis on Jesus.

When I was at the Gaiety School of Acting, we would see a show every Monday night, and as you might expect, we saw the whole range of shows, from the Abbey and the Gate to tiny fringe venues. Sure there were a couple of shows you wanted to leave at the interval, but there were also some sparkling shows I’ll never forget, like the joyously theatrical Alone It Stands about the Munster rugby team who beat the All-Blacks.

I recall sitting with my pal and AboutFACE Co-Artistic Director Alan Walsh in a cafe with the festival brochures for the Dublin Theatre Festival and the Fringe, circling the plays we wanted to see like kids in a candy shop. I remember feeling the awe and possibility of being in the lobby of Steppenwolf in Chicago, how they rose from a gang in a church basement, before seeing a Mother Courage that changed how I felt about Brecht. I think back to jumping up and down in the aisle with giddy excitement, barely able to wait for the second intermission of August: Osage County on Broadway to be over and to get back to the story.

And it continues to happen to me. For example, in the last couple of weeks, I saw two West End transfers on Broadway, the Young Vic’s A View From the Bridge and The National’s The Curious Incident of the Dog in the Night-time, both excellently staged and acted, with real purpose and theatricality and storytelling skill. At both there were points when my mouth was open, agape, at moments of glee, of physicality, of power, of horror, of grace, created there on the stage, telling the story with a kind of thumping impact only live theatre can have on your heart.

And of course, I still feel the wonder and delight, every time I perform in or produce a show, of seeing an audience gather at the theatre, the joy that they are here to see this show. To share this story with us. And maybe take home a wonderful theatre memory they’ll never forget.